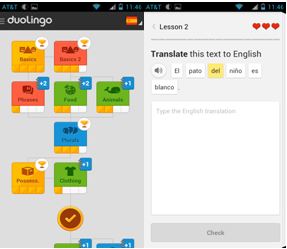 While Apple’s App Store celebrated its fifth anniversary this month with more than 50 billion downloads, applications have become an increasingly popular way to have fun and simplify life. For this summer season, try out these free applications and games to increase productivity or to just relax.

1. Instagram – (Android, iOS)
The popular camera application that now lets you record video clips, helps you create your own digital scrapbook for the summer season. When you take a photo, you can choose from pre-set filters to make your photo stand out!

My Fitness Pal – (Android, iOS, Blackberry, Windows)
Stay healthy even during barbeque season with this app. Depending on your goal weight, the application configures a calorie limit. Although counting calories may be tedious, this app makes it easy. The app also computes how many calories you have burned with exercise.

4. Trip Advisor – (Android, iOS, Windows)
Whether you are just going to the beach or traveling over the world, Trip Advisor can help with planning the perfect trip with hotel, restaurant and activity suggestions.

TED – (Android, iOS, Windows)
TED videos feature inspiring videos from speakers trying to change the world. The range of topics includes activism, design, invention, and even origami. This app will inspire you to change the way you feel about not only your major but about the world.

6. Guess the Movie (iOS, Android)
With posters that you can even buy, this game challenges you to infer the movie with just a minimalist design.

7. Unblock Me (Android, iOS)
Only allowing you to move up or down, you must move the red block through the puzzle to the right side. Test yourself with the fewest moves, in the challenge mode, or take your time with the relax mode.

Evernote (Android, iOS, Blackberry, Windows)
A digital notebook, Evernote allows you to write memos, record audio, and take a snapshot. With an account, you can access any of these notes whether you are on your phone or on your computer.

10. Color Zen (Android, iOS)
With calm music and brightly colored shapes, Color Zen’s motive is to knock shapes into each other until the final shape matches the border color.