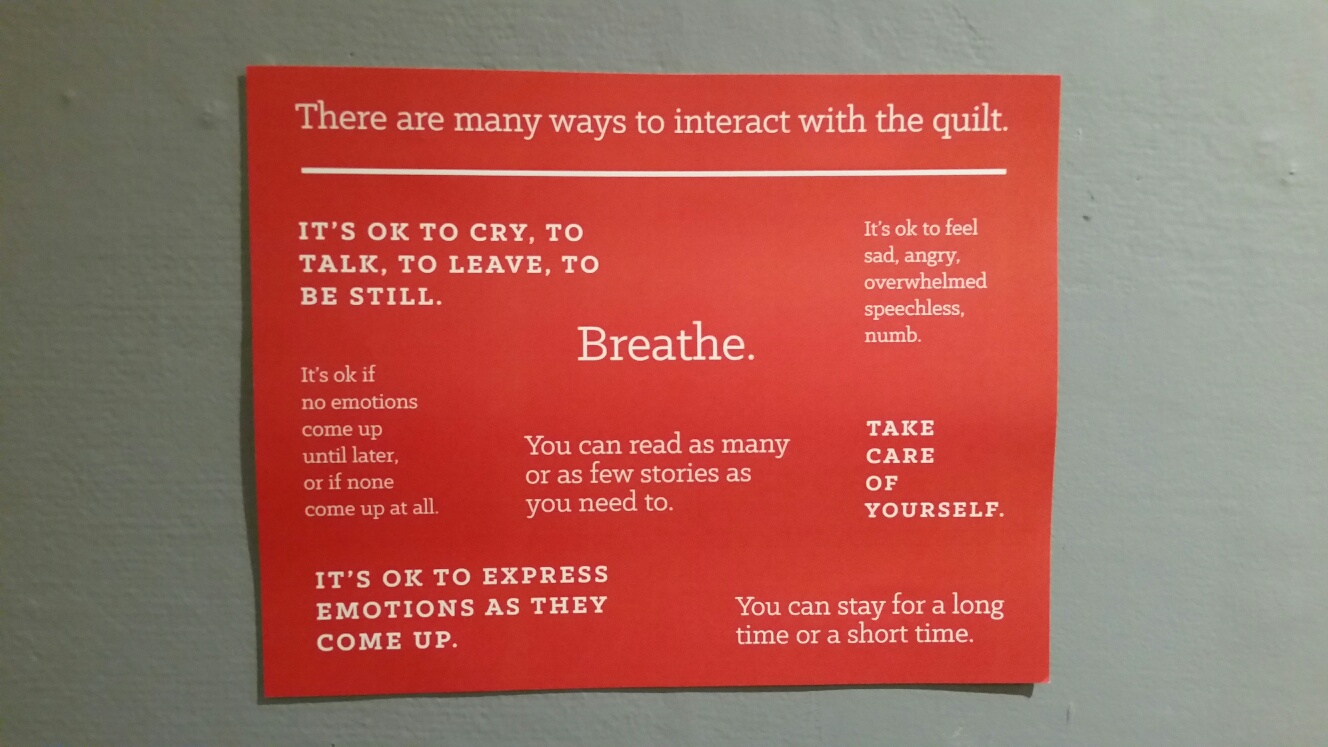 Dr. Judith Lewis Herman, psychiatrist and professor of clinical psychology at Harvard University, once said, “In order to escape accountability for his crimes, the perpetrator does everything in his power to promote forgetting. If secrecy fails, the perpetrator attacks the credibility of his victim. If he cannot silence her absolutely, he tries to make sure no one listens.”

According to the data collected by the World Health Organization’s Department of Reproductive Health and Research in 2013, 35 percent of women globally have experienced some form of domestic and/or sexual violence in their life.

With this information kept in mind, Notre Dame of Maryland University’s Gormley Gallery eagerly presented Public Space to Heal this October. Developed by an organization known as FORCE: Upsetting Rape Culture, Public Space to Heal consists of a series of hand-embroidered and personalized fabric panels that represent stories of those who have experienced forms of domestic and sexual abuse. It is a part of The Monument Quilt collaboration which aims to provide safe grieving spaces for survivors of physical and sexual assault. The collaboration’s anticipated display is located in the national mall of Washington D.C., where thousands of story squares will soon exceed a mile in length to spell “Not Alone.”

Art historian Dr. Jennifer Wester emphasizes the importance of rejecting the silent nature of contemporary rape culture through “a long tradition of communal craft.” Dr. Wester states that the Monument Quilt incorporates new elements of inclusion within the community; we are invited to participate in the creative process of panel making and storytelling and we are no longer passive viewers. Instead, we are storytellers.

Sophomore and studio art major Sabine Hern-Nagle stated that she has a sense of security while viewing the exhibition. “I feel safe and at home here. As a rape victim myself, I can walk to class and see this display and know that I will be protected by the [people] around me. It really makes you realize how many victims are out there and how they’re fighting together against this terrible thing. It gives victims hope that they will overcome what happened to them and there are people out there defending them and they aren’t alone,” she explains.

Hannah Brancato, community activist and co-founder of FORCE, explains that “the Monument Quilt disrupts rape culture by creating a space where survivors are supported rather than blamed and shamed. It also uplifts the stories and experiences of many different survivors especially those most marginalized whose stories are often erased from the mainstream.” As a public effort to critically analyze the mainstream view of rape in a patriarchal culture, the project provides necessary tools that essentially dismantle and redefine that view while empowering the survivors. Brancato says, “FORCE believes that a more difficult and honest conversation needs to happen in America to face the realities of sexual violence, and envision a world where sex is empowering and pleasurable rather than coercive and violent.” 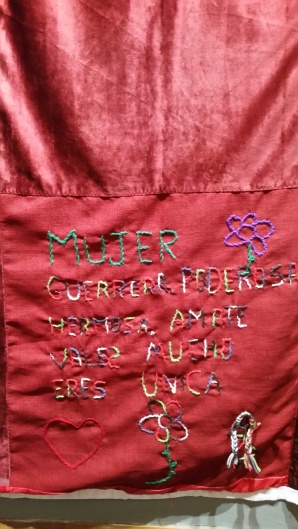 If you are interested in becoming involved in the dialogue and learn more about the Monument Quilt, check out www.themonumentquilt.org.