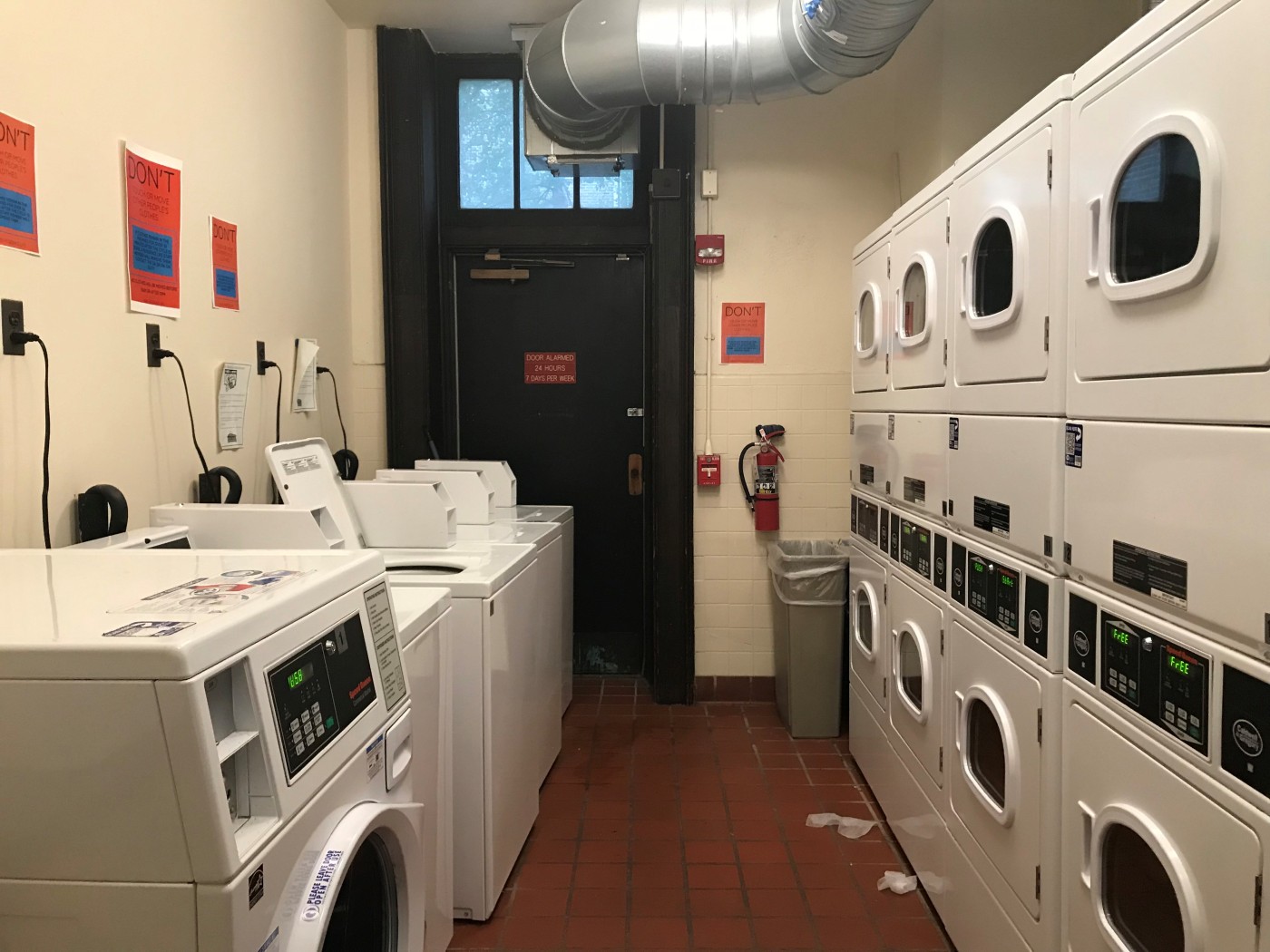 In contrast, there is a single laundromat in Meletia Hall, full of residents on three floors.

On the first floor of Meletia Hall, there is a laundry room with five washers and twice as many dryers. While this may seem like a substantial number of machines, there have been many cases of residents not being able to wash or dry their clothes with the machines unavailable.

The weekends seem to lead this issue as it is the time where most residents like to get their laundry done, making sure they have clean clothes for the upcoming school week.
However, adding another laundry room may not be the solution according to students like junior political science major, Andrea Faulknor. She believes that adding another laundromat won’t necessarily make a differance if residents aren’t being “prompt” and retriving clothes when they are finished.

Students sometimes open machines that claim “Ready for use” and find them full.
Faulknor, along with sophomore Education Major Dejané Byrd, believe that this is the most frustrating part about the laundry room.

When student neglect to retrieve their laundry, according to Yodelle Tan, one of the junior RAs from Meletia Hall, “After 30 minutes, the resident waiting on a washer that is also waiting to be emptied can call the RA on duty or the desk attendant to move the clothes.” However, residents are not allowed to touch anyone else’s clothing except their own.

Despite Melitia’s laundry room problems, NDMU has another residential building, Doyle Hall. Meletia Hall, according to the school website, is “an all-women residence hall that houses students in the Women’s College at NDMU, which includes several kitchens and multiple lounge spaces throughout the building in addition to a laundry room. Includes a beautiful main lobby with working fireplace, an interfaith space that can be utilized by all students, and yet, a laundry room.”

Meanwhile, Doyle Hall is equipped with lounges, kitchenettes and laundry facilities. These facilities outnumber Melitia’s four times with a laundry room on every one of its four floors.

And so, the proverb goes, the flaming afflictions of Meletia Hall and its laundromat are only a figment of Doyle residents’ imaginations.